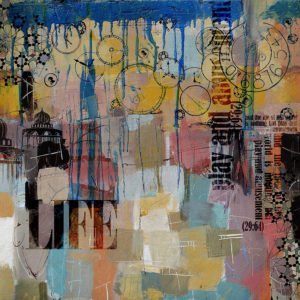 Pride of race and class are rampant in some societies. For example, some Jews and Christians have considered themselves of a higher status.

Men and women are created equal in their basic humanity, and both are honored with the dignity of being God’s creation privileged over the other creatures of His creation. Discrimination due to race, sex, color, ethnicity, class, region or language is vehemently prohibited in Islam to avoid the artificial barriers between the privileged and underprivileged. Equality does not mean that all are exactly alike since there is no denial about natural differences. The two genders complement and complete each other. God the Exalted says in the Qur’an:

(O mankind, fear your Lord, who created you from one soul and created from it its mate and dispersed from both of the m many men and women. And fear God , through whom you ask one another, and the wombs. Indeed God is ever, over you, an Observer.) [4:1]

The Messenger of God said:

The differentiation between individuals in the Sight of Allah is based on their levels of piety, righteousness, and compliance to the Commands of Allah.

All humanity, according to Islam, with all its races, has one original source, so how can some exploit others claiming superiority or special privilege? Islam does not tolerate false pride in lineage and social status. The Messenger of God said:

“Almighty God has removed the false pride which was practiced in the pre-Islamic period wherein individuals took false pride in their ancestors. All mankind belongs to Adam. And Adam is created of soil.” (Reported by Abu Dawood no. 5116)

Pride of race and class are rampant in some societies. For example, some Jews and Christians have considered themselves of a higher status, breed, race or class of people. God the Exalted and Almighty has exposed the truth of this arrogance, as He states in the Qur’an:

(But the Jews and the Christians say, “We are the children of God and His beloved.” Say, “Then why does He punish you for your sins?” Rather, you are human beings from among those He has created. He forgives whom He wills, and He punishes whom He wills. And to God belongs the dominion of the heavens and the earth and whatever is between them, and to Him is the [final] destination.) [5:18]

The laws of Islam eradicate any misguided basis of racism. For instance, one of the companions of God’s Messenger Abu Dharr once said to a black slave, ‘O son of a black lady!’ Upon hearing this, the Messenger of God turned to Abu Dharr, and said to him:

“Are you insulting this man with his mother? Truly, you possess some of the qualities of the era of Ignorance (pre-Islamic times). That time is finished and over. There is no virtue or merit for the son of a white woman over the son of a black woman, except through piety and righteousness, or by good deeds and actions.” (Reported by Ahmad 4:145)

It is reported that Abu Dharr upon hearing the comment of the Prophet put his head down on the ground in humility for the slave to come and step on his head with his foot, as an expiation for his misdeed, although the Prophet did not command him to do so. Abu Dharr wanted to discipline himself by selfhumiliation so that he would never repeat such a sin in the future saying, “This head will not rise from here until the blessed feet of Bilal tread on the face of the foolish, impolite Abu Dharr.” But Bilal, the slave whom he had insulted, wouldn’t allow that. Instead, he responded by saying, “That face deserves to be kissed, not trodden upon”, and he forgave Abu Dharr.

All people in Islam should be viewed as completely alike and equal in terms of the obligation to perform various acts of worship to God. The rich and the poor, the leader and the peasant, the white and the black, the one of dignified means and the one of lower means; all are alike and equal as humans before God. The most noble is the most righteous and most sincere person regardless of outer features. As the Prophet said :

“God does not look at your bodies and your colors but at your acts and your hearts (outward deeds and inward intentions and sincerity respectively).” (5 Reported by Muslim no.2564)

All individuals are equal before the Islamic code of law and the appointed Muslim judge.

All commands of obligation and prohibition are applicable to all without any distinction because of class, social status or race. God states in the Qur’an:

(Whoever does righteousness – it is for his [own] soul; and whoever does evil [does so] against it. And your Lord is not ever unjust to [His] servants.) [41:46]

The differentiation between individuals in the sight of God is based on their levels of piety, righteousness, and compliance to the Commands of God, the Most Beneficent. God the Almighty states in the Qur’an:

(O mankind, indeed We have created you from male and female and made you peoples and tribes that you may know one another. Indeed, the most noble of you in the sight of God is the most righteous of you. Indeed, God is Knowing and Acquainted.) [49:13]

The penalties, judgments and legal sentences are applicable to all races and classes of people without any distinction and without any privileged person acquiring immunity.

All individuals are equal before the Islamic code of law and the appointed Muslim judge. The penalties, judgments and legal sentences are applicable to all races and classes of people without any distinction and without any privileged person acquiring immunity. One outstanding example will be cited here. A’isha reported that the Quraish were deeply concerned when a noble woman of the Makhzum clan stole, and God’s Messenger wanted to apply the due punishment in her case. The Quraish consulted among themselves and said: ‘The best person to talk to the Prophet about the Makhzumi woman thief is his beloved companion (and the son of his beloved companion) Usamah ibn Zaid.’ Therefore they sent Usamah to speak to the Prophet to intercede on behalf of this Makhzumi woman. Upon listening to Usamah, God’s Messenger said,

“O Usamah! Are you coming to intercede concerning a punishment set by God?” God’s Messenger stood up, as soon as he finished his conversation with Usamah and delivered a speech saying: ‘The nations before you were destroyed due to the fact that when a noble person among them would steal, they let him go unpunished, but if a poor, weak and insignificant person among them stole, they would apply the punishment on him. By God! If Fatimah, the daughter of Muhammad stole, I would punish her myself.’ (6 Reported by Bukhari no. 6406 and Muslim no. 9)

Furthermore, none has the right to monopolize, abuse or appropriate national resources for his personal interests. All members of the nation have the right to benefit from the national resources, each according to just and equitable rights and obligations. However, they will not be equal in terms of the work and the benefit they contribute for the public good. The Islamic government must exert every effort to secure job opportunities for its constituents and organize the proper utilization of national resources.

Islam declares all people equal in terms of human values yet every individual is rewarded according to what he presents to his society and community. The only distinction between people is on the basis of service that they offer. For instance, Islam does not look at a hardworking individual and a sluggish individual on equal footing in terms of pay and financial rewards. The Almighty states in the Qur’an:

(And for all are degrees from what they have done. And your Lord is not unaware of what they do) [6:132]