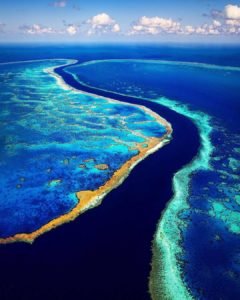 Miracles of the Qur’an : A Natural Barrier Between Seas

Scientists have recently proven that where two bodies of water come together there is a barrier undetectable to the human eye which maintains the salinity, temperature and density of each, with neither transgressing the other.

This can be observed where the Mediterranean meets the Atlantic Ocean. When it comes to sweet water meeting salt water in estuaries this is also true.

This ‘barrier’ was mentioned in the Qur’an over 1400 years ago.

‘“And it is He who has released [simultaneously] the two seas, one fresh and sweet and one salty and bitter, and He placed between them a barrier and prohibiting partition.” (Qur’an 25: 53)