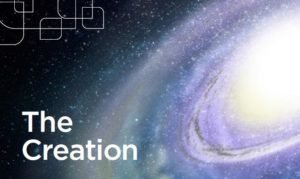 Is it not in the very nature of every human to look to the sky when he is in desperate of help?

When there is a loss, for him to cry out to his Lord? When he is in despair, to raise his eyes for help from a superior being? Surely, it is a very innate nature of the whole of mankind.

Until these questions are answered, a person’s soul can never find peace and life will seem to be a futile and meaningless labour.

The soul will be in constant turmoil in the uncertainty of what will happen next. The Qur’an invites man to travel the earth, make his own observations and reflect on how creation was originated:

“Say [O Muhammad], ‘Travel through the land and observe how He began creation. Then Allah will produce the final creation. Indeed Allah, over all things, is competent.’” (Qur’an 29: 20)

Creation of the Universe

Just by reflecting on the vast and wonderful creation around us, every single human being can sit and contemplate about the world around him, and come to the conclusion that there must be one designer, one Creator to this magnificent universe.

When you read this page, look at the care that has gone into choosing each word, chapter, the structure and layout; you may wonder about their designer. You may think about the time each person took in choosing each letter carefully, picking the colours, choosing and placing each paragraph to have an overall effect on you – the reader.

What about YOU, the reader? What about YOUR design? Your intricate organs, the function of your eyes to take in this beautiful work, your heart that gets excited reading each word, the brain you are utilising? faster and more powerful than any man-made computer that is available. Who designed all of this?

What about the earth you stand upon, every one of the laws of biology, chemistry and physics, from the fundamental forces such as gravity and upthrust, to the structure of the atoms and elements that have been precisely tailored to make life possible?

Look at the Earth within the solar system, life would be unsustainable if the Earth’s rotation wasn’t exactly correct. Our solar system is one of many solar systems. Our Galaxy The Milky Way is only one of the 100 million galaxies in the universe. They are all in order and they are all precise. Instead of conflicting with one another they are swimming along in an orbit that has been set for them. Did human beings set that into motion and are human beings maintaining that precision? Could this just have come into being by a complete coincidence, a big bang without a designer?

…life would be unsustainable if the Earth’s rotation wasn’t exactly correct.

“Have those who disbelieved not considered that the heavens and the earth were a joined entity, and We separated them and made from water every living thing? Then will they not believe?” (Qur’an 2: 30)

“Indeed, in the creation of the heavens and the earth and the alternation of the night and the day are signs for those of understanding.” (Qur’an 3: 190)

“And He has subjected for you the night and day and the sun and moon, and the stars are subjected by His command. Indeed in that are signs for a people who reason.” (Qur’an 16: 12)

Once we have accepted that there can only be one designer of all, we must look for an answer for our existence.

The Qur’an explains the creation of man in the following verse:

“O mankind, fear your Lord, who created you from one soul and created from it its mate and dispersed from both of them all men and women. And fear Allah, through whom you ask one another, and the kinship. Indeed Allah is ever, over you, an Observer.” (Qur’an 4: 1)

If you were to receive a gift, for no reason, a simple drink or a book, I’m sure you would be inclined to say, ‘Thank you.’ Surely the designer who gave you your eyes, heart and lungs should be thanked, acknowledged and praised. Allah tells us that this is the purpose of life; to acknowledge Him, worship Him and obey Him.

By acknowledging Him in all that we do, we thank Him for the food He provides, the drink to quench our thirst, the clothes we wear; everything should have some recognition for Him.

When it comes to the creation of man, it was made very clear in the beginning that when Allah created man it was not in vain, that he was created as God’s vicegerent on earth. Man has been entrusted with the task of cultivating, maintaining and ruling the earth according to divine guidance with justice amongst all that exists.

“And [mention, O Muhammad], when your Lord said to the angels, Indeed, I will make upon the earth a successive authority.” (Qur’an 2: 30)

Also in the creation of mankind some of the divine attributes of mercy, forgiveness and kindness are manifest.

Man has been entrusted with the task of cultivating, maintaining and ruling the earth…