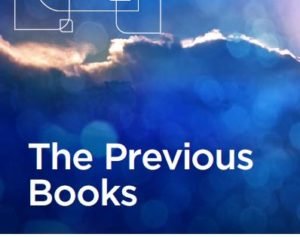 Throughout time, Allah sent many prophets to guide humanity to worship Him alone. In essence, the message has been the same from the first prophet Adam to the final prophet Muhammad in that humanity has been asked to worship one God and one God alone.

There were five major prophets who were given divine knowledge with which to guide their people, which included scriptures to help guide the people. All of these books have been changed from their original text by mankind with the exception of the Qur’an, which has never to this day been altered or re-issued as a new version.

The previous books were sent to Abraham (the Scrolls), to Moses (the Torah and the Tablets), to David (the Psalms), to Jesus (the Gospel), and to Muhammad (the Qur’an). The Qur’an does not exclude the possibility that addi t ional holy books were sent to other prophets, but does not mention any. The Sunnah (traditions of prophet Muhammad) narrates that the prophets counted scores of thousands, but those mentioned in the Qur’an, some with holy books others without. (See The Family Tree of prophets). The Islamic belief is to acknowledge and accept these previous books in their original form.

“…All of them have believed in Allah and His angels and His books and His messengers, [saying], ‘We make no distinction between any of His messengers.’ ” (Qur’an 2: 285)