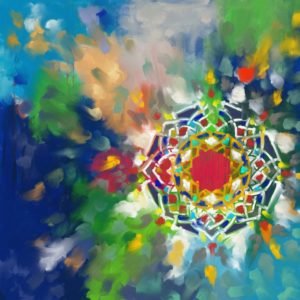 Our Creator has favoured us with signs and guidance, leaving us no reason for disbelieving in Him.

Accordingly, the purpose of our creation is to give thanks to our creator. The great thanks we owe Him is to devote ourselves to worship Him alone and not associate any partner with Him. Out of His Mercy, He has given us all perceptive means for us to realize the purpose of our existence.

78. And Allah has brought you out from the wombs of your mothers while you know nothing. And He gave you hearing, sight, and hearts that you might give thanks (to Allah). [Quran 16: 78]

53. We will show them Our Signs in the universe, and in their own selves, until it becomes manifest to them that this (the Qur’ân) is the truth. Is it not sufficient in regard to your Lord that He is a Witness over all things? 54. Verily they are in doubt concerning the Meeting with their Lord? (i.e. Resurrection after their death, and their return to their Lord). Verily! He it is Who is surrounding all things! [Quran 41: 53-54]

29. And among His signs is the creation of the heavens and the earth, and whatever moving (living) creatures He has dispersed in them both. And He is All-Potent over their assembling (i.e. resurrecting them on the Day of Resurrection after their death, and dispersion of their bodies) whenever He wills. [Quran 42: 29]

27. Are you more difficult to create or is the heaven that He constructed? 28. He raised its height, and has perfected it. 29. Its night He covers with darkness and its forenoon He brings out (with light). 30. And after that He spread the earth. 31. And brought forth there from its water and its pasture. 32. And the mountains He has fixed firmly. 33. (To be) a provision and benefit for you and your cattle. [Quran 79: 27-33]

10. Their Messengers said: “What! Can there be a doubt about Allah, the Creator of the heavens and the earth? He calls you (to Monotheism and to be obedient to Allah) that He may forgive you of your sins and give you respite for a term appointed.” They said: “You are no more than human beings like us! You wish to turn us away from what our fathers used to worship. Then bring us a clear authority (i.e. a clear proof of what you say).” [Quran 14: 10]

77. Does not man see that We have created him from Nutfah (mixed male and female sexual discharge – semen drops). Yet behold he (stands forth) as an open opponent. 78. And he puts forth for Us a parable, and forgets his own creation. He says: “Who will give life to these bones after they are rotten and have become dust?” 79. Say: (O Muhammad) “He will give life to them Who created them for the first time! And He is the All-Knower of every creation!” 80. He Who produces for you fire out of the green tree, when behold you kindle therewith. 81. Is not He Who created the heavens and the earth, Able to create the like of them? Yes, indeed! He is the All-Knowing Supreme Creator.