Visitors to Taiwan are spoiled for choice when it comes to things to do and places of incredible natural beauty to visit on the island – with so many attractions, it’s hard to figure out what to see. Let us do the hard work for you, with our list of the top twenty must-visit attractions in Taiwan. 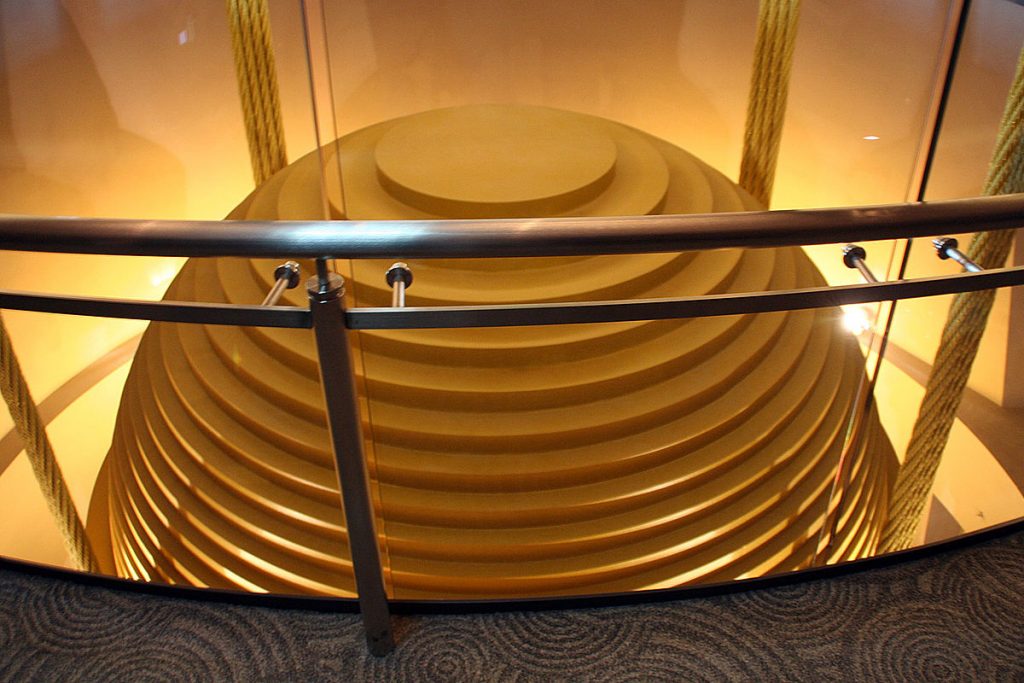 The one-time tallest building in the world may no longer be a record holder, but it is still one of Taiwan’s most impressive buildings and well worth a visit. The 728-ton mass damper that allows the building to survive the island’s many earthquakes is an amazing piece of engineering and can be seen from various points within the building.

Home to one of the largest collections of Chinese imperial artifacts, the National Palace Museum offers a look into imperial China’s past. The many thousands of items on display were rescued by Chiang Kai-Shek’s government as they fled mainland China during the cultural revolution. 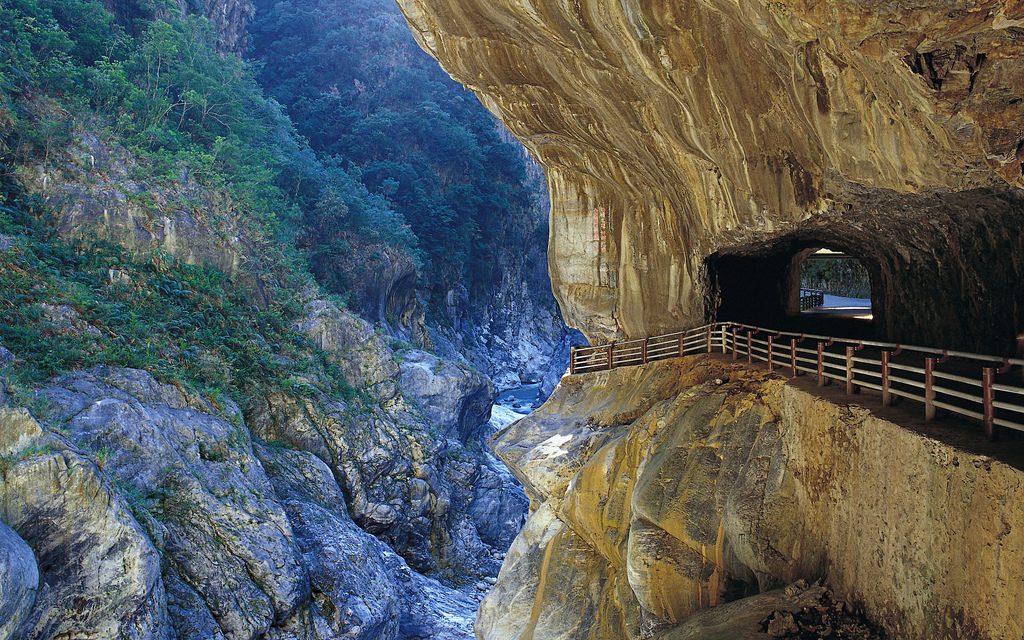 A couple of hours’ train ride from Taipei lies Taroko National Park, home to one of the most visited natural wonders in Taiwan. Take the trail to the Eternal Spring Shrine which features a stunning waterfall. 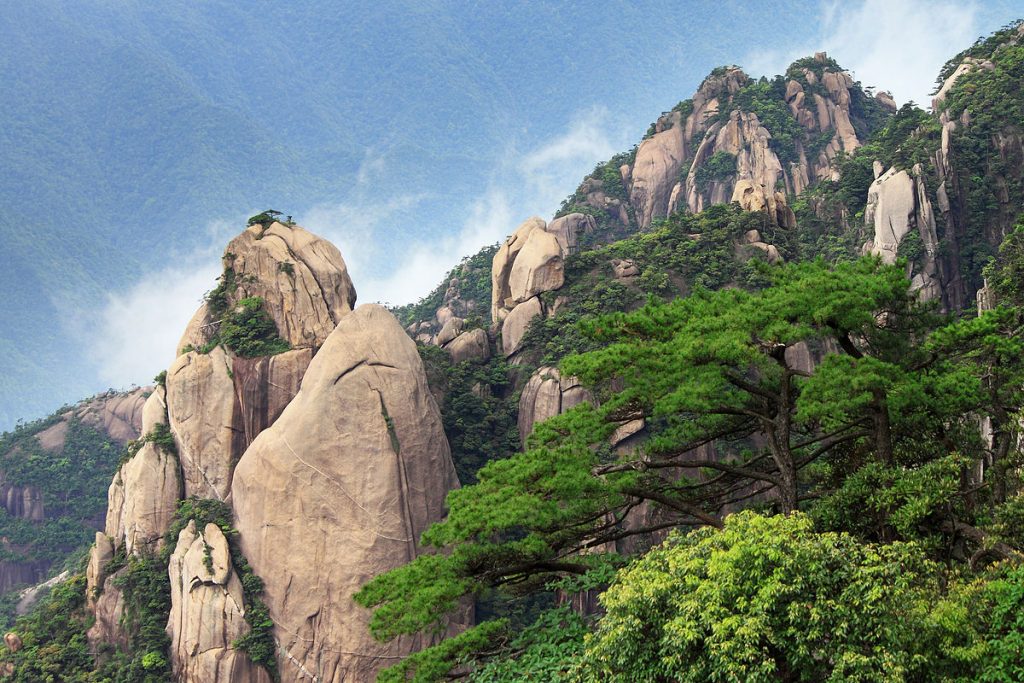 Another of the most beautiful national parks in Taiwan, Yushan National Park is the setting for the country’s tallest mountain along with several other picturesque peaks such as Sanqingshan. 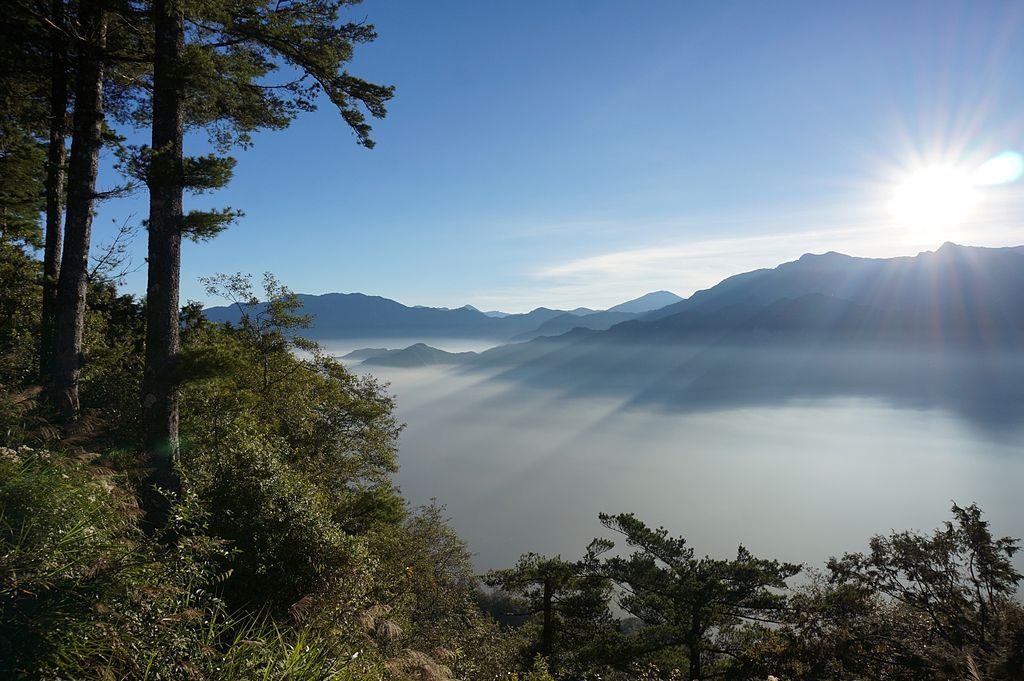 Alishan’s mountain railway is an ever popular tourist destination with both local and foreign tourists. The train winds its way to the top of the mountain where there are plenty of easy hiking trails that offer fantastic photo opportunities. 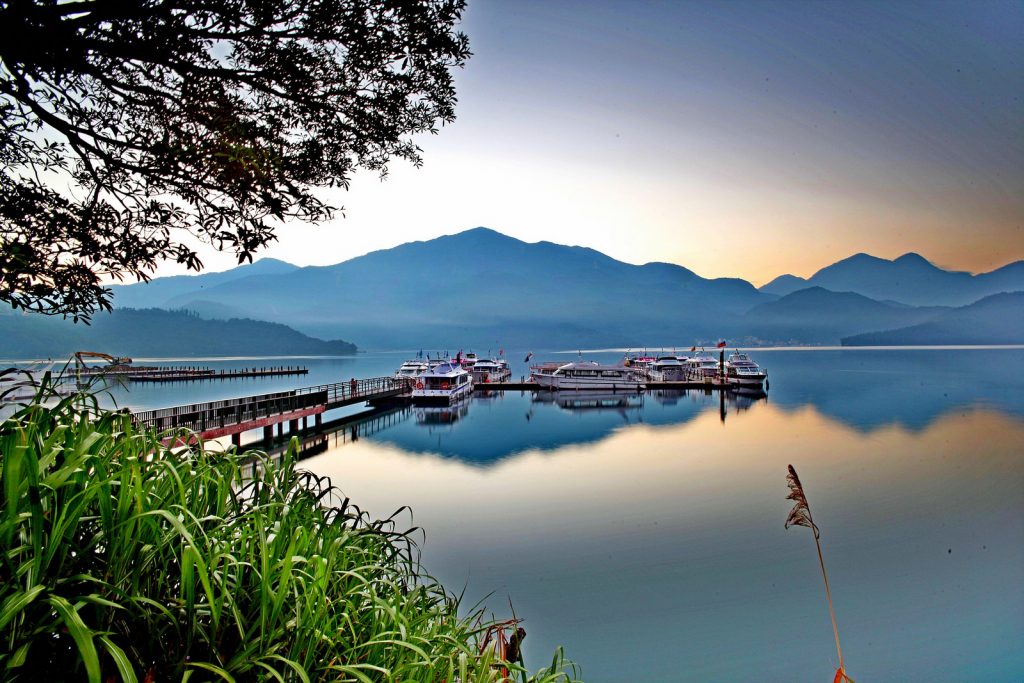 Sun Moon Lake is the largest body of water in Taiwan and a great destination for a short trip. There are scores of hotels located around the lake which is busy with yachts taking tourists from one side to the other. There is also a cable car here that takes you to the Formosa Aboriginal Culture Village. 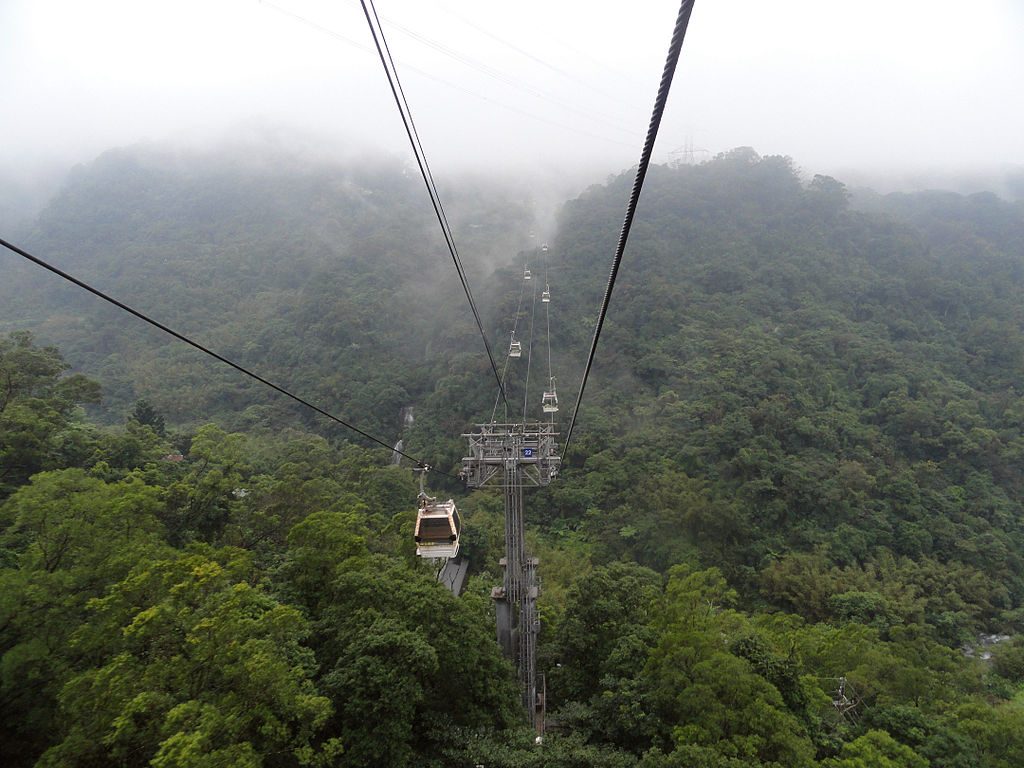 This well-known spot is one of the best places in Taipei to enjoy a cup of tea. The incredible scenery is worth the trip alone, but it is perhaps the gondola ride from the zoo to Maokong which has made it one of the most popular day trips to make during a stay in Taipei. 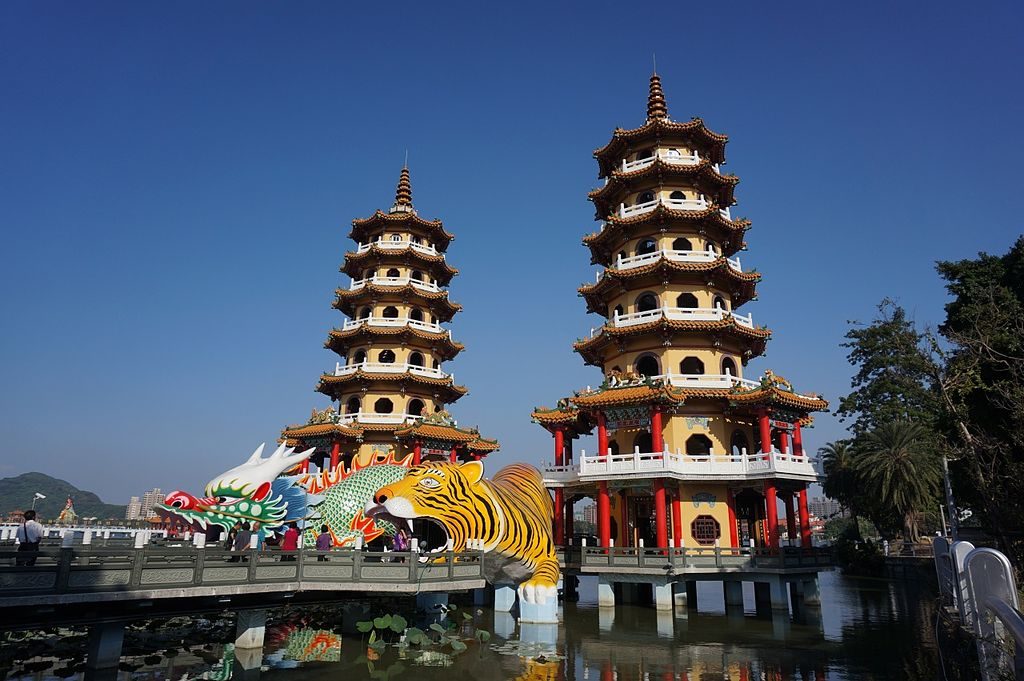 Located on the edge of Lotus Lake, a scenic area in the heart of Kaohsiung, these two pagodas are possibly the most popular attractions in the port city. Visitors enter the temples through the dragon’s and tiger’s mouths and can enjoy a view of the lake from the top of each tower. 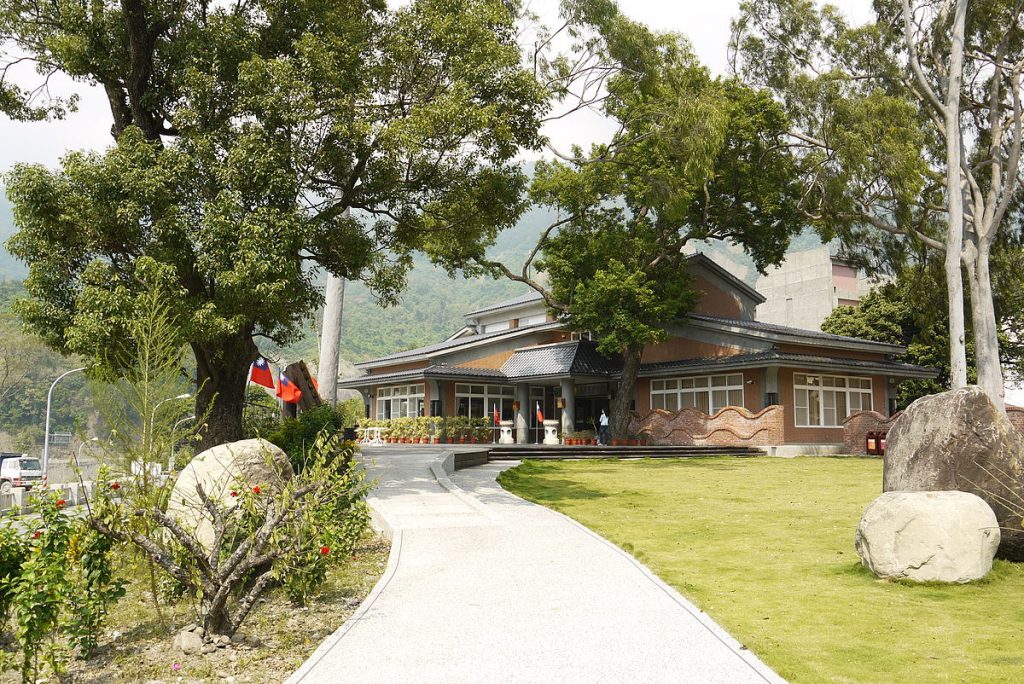 South of Kaohsiung lies the region known as Maolin National Scenic Area. This is where you’ll find Purple Butterfly Valley, the wintering home for a million Euploeini butterflies. An incredible sight to behold if you’re lucky enough to arrive at the right time of the year. 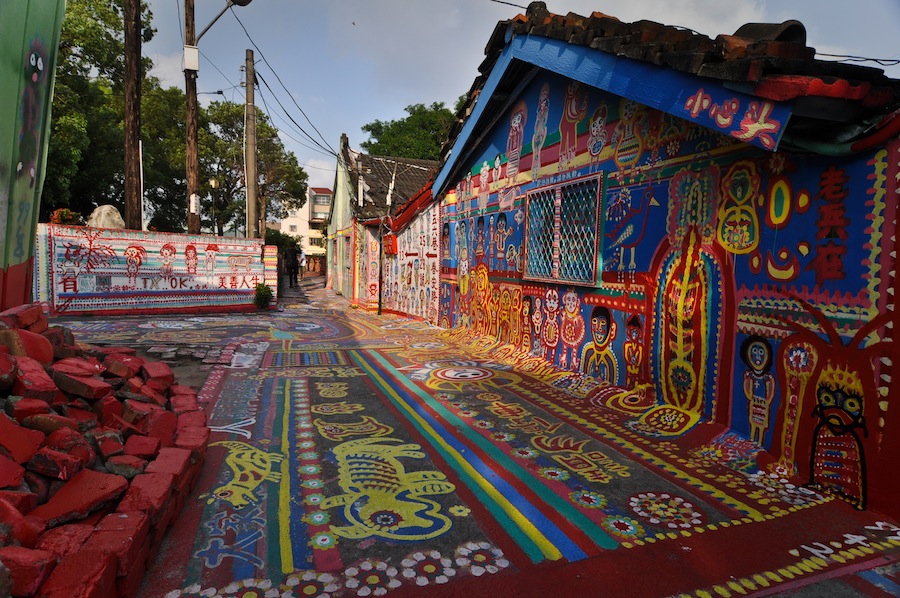 This colorful neighborhood was the brainchild of local man Huang Yung-Fu. He decided that the ex-military village he lived in was too drab and so took a few paintbrushes to the walls – he hasn’t yet stopped. 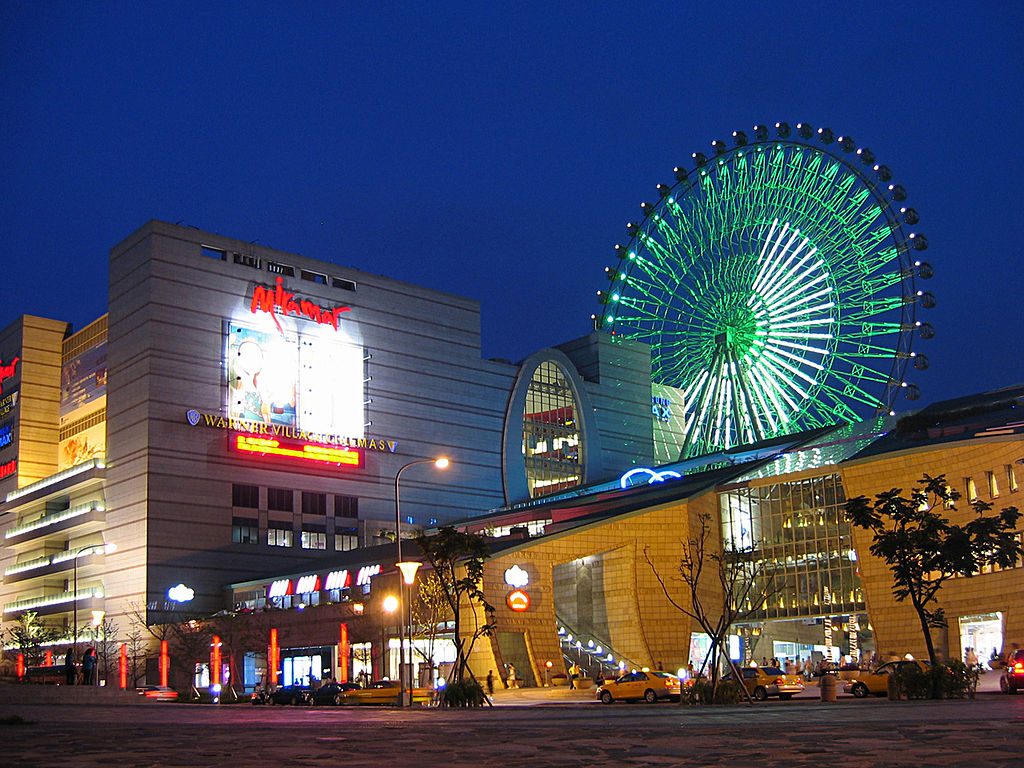 Located in the Miramar Entertainment Park, the Miramar ferris wheel dominates the local skyline. And with very few tall buildings to obstruct the scenery, visitors can enjoy panoramic views of the city. 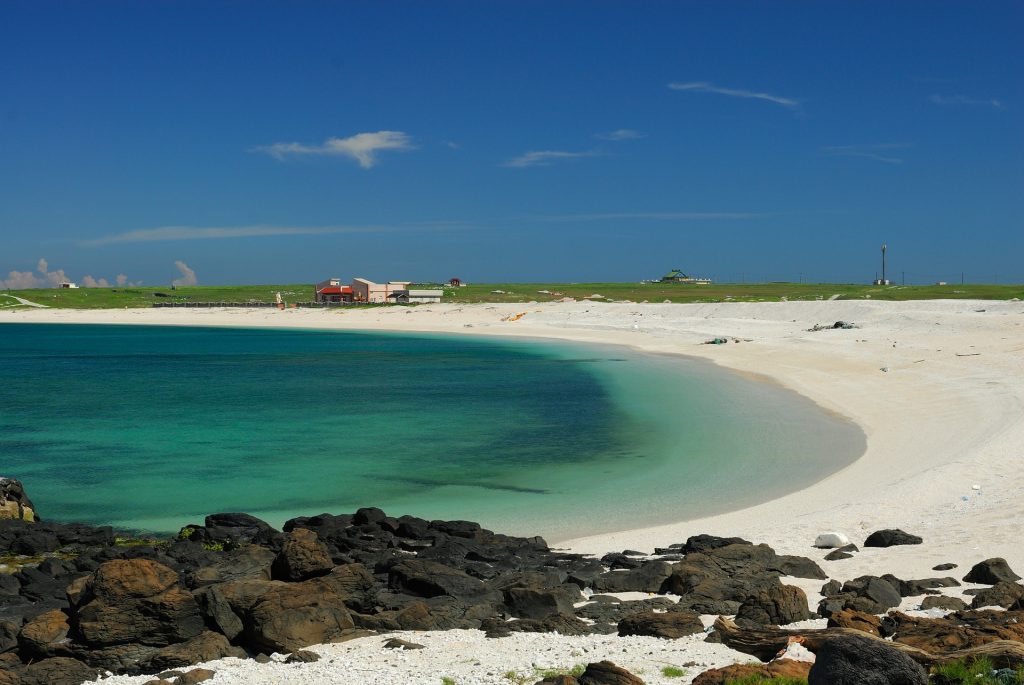 One of Taiwan’s most popular weekend trips is a trip to the archipelago of Penghu. This sandy tropical paradise has plenty of beaches scattered throughout its islands and is a must for seafood lovers. 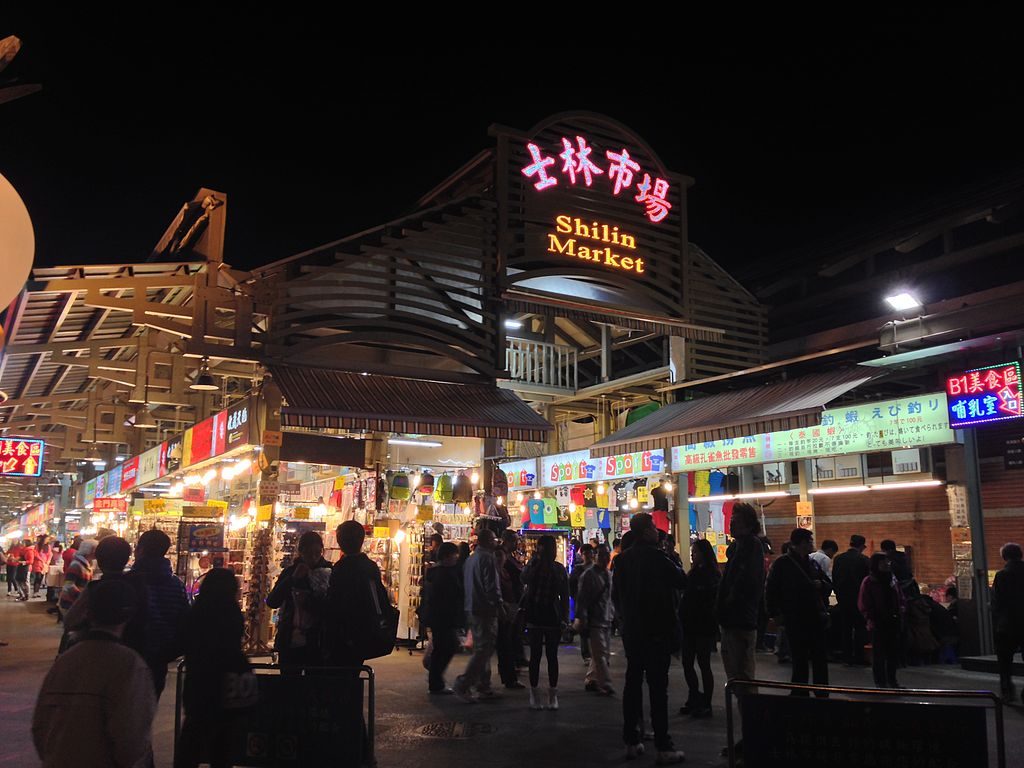 There are plenty of night markets located throughout the country, but one of the most famous and easily accessed is Shilin Night Market. There’s an incredible selection of the best street food on offer, while the shops and stands are packed with bargains. 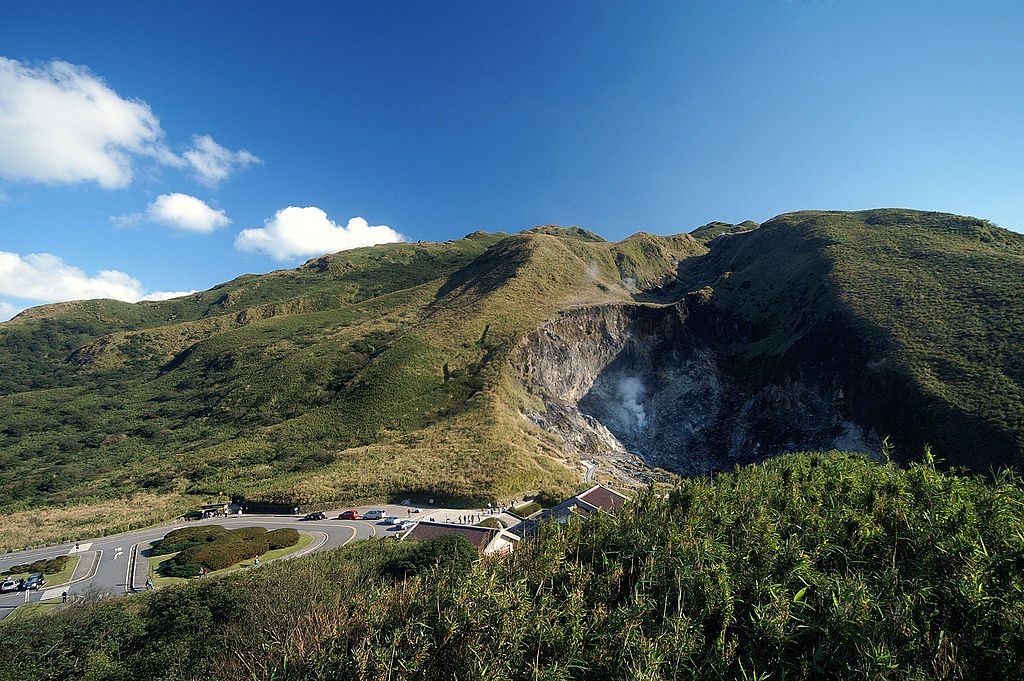 Yangmingshan National Park is the most conveniently located of Taiwan’s national parks just a short bus ride outside Taipei city. The park is home to a dormant volcano which is why there are so many hot springs in the area. Xiaoyoukeng is the best place to see the geysers – there is also a visitor center, and several pathways and hiking trails. 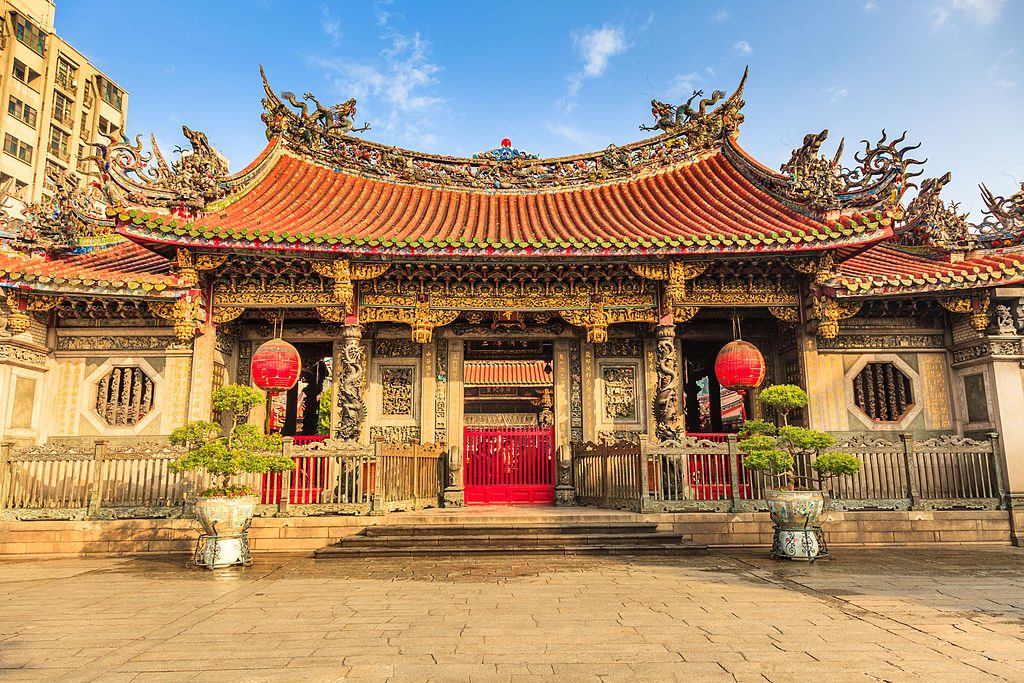 Built in the 1700s, this Buddhist temple is now home to many gods from neighboring temples that were demolished. The temple survived an air raid during World War II and is one of the most popular temples on the island. 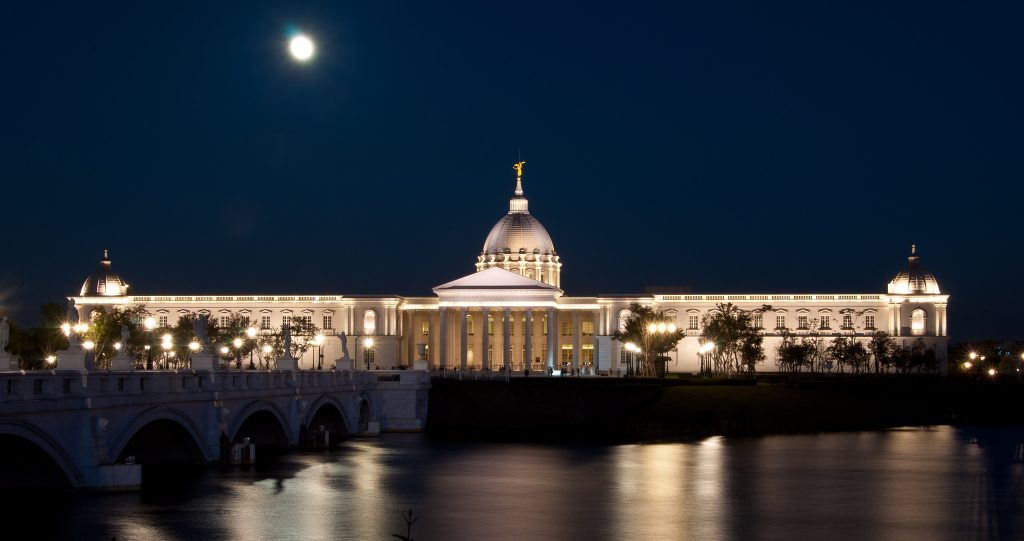 This private museum was established by the Chimei corporation in 1992 but moved to its current location in 2014 and contains a large collection of Western art, musical instruments, and weapons. Its design is heavily influenced by European architecture, making it one of a kind in Taiwan. 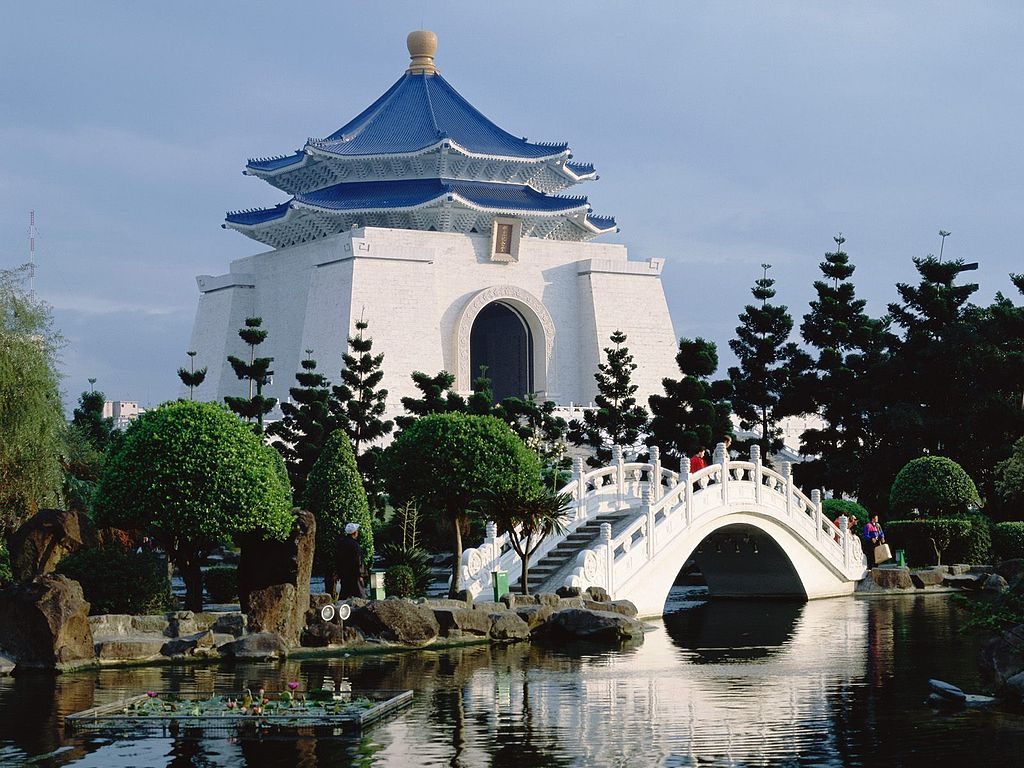 One of the most popular tourist destinations in Taipei, the main feature of this hall is the large statue of Chiang Kai-shek, flanked by an honor guard. Visitors can watch the changing of the guard at set times during the day. 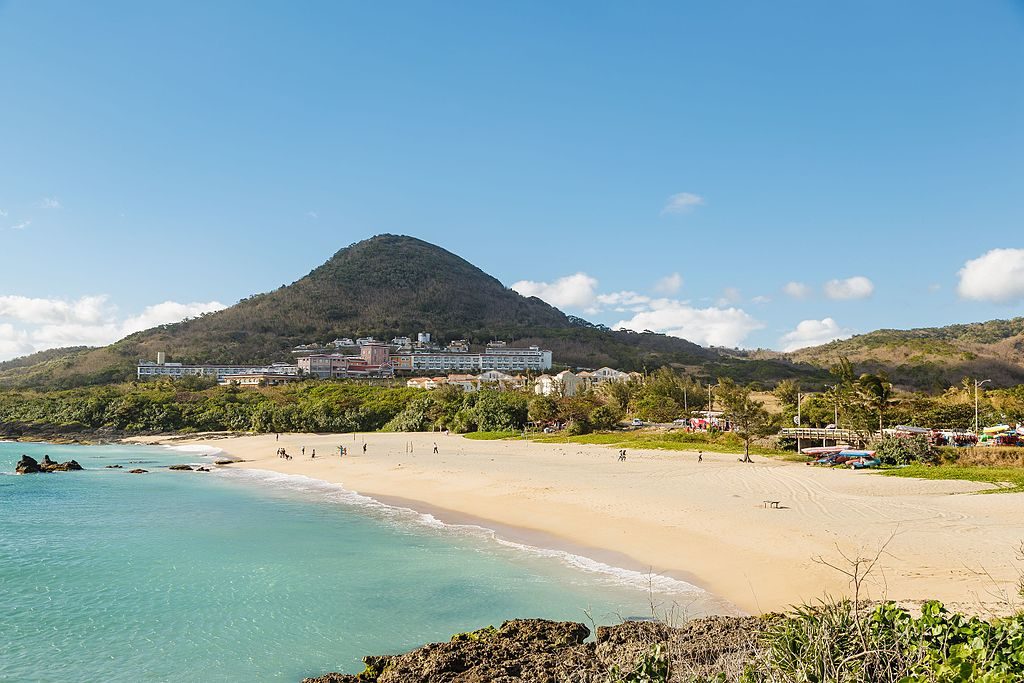 Popular among locals as a beach holiday destination, Kenting National Park is home to waterfalls, hiking trails, and forests. But it is the beach areas near Kenting Street that are a must-see for lovers of sun, sea, and sand. 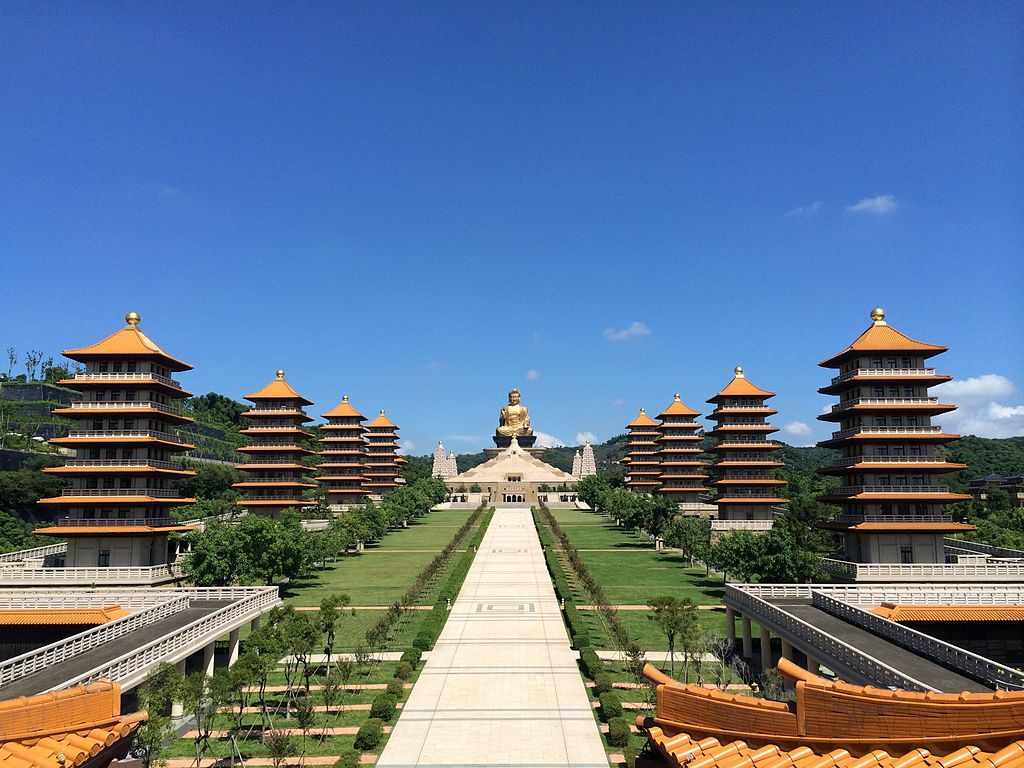 Even for those with no interest in Buddhism, this museum is impressive. The Buddha statue on the museum and the pagodas lining the avenue are alone worth the trip to Kaohsiung. 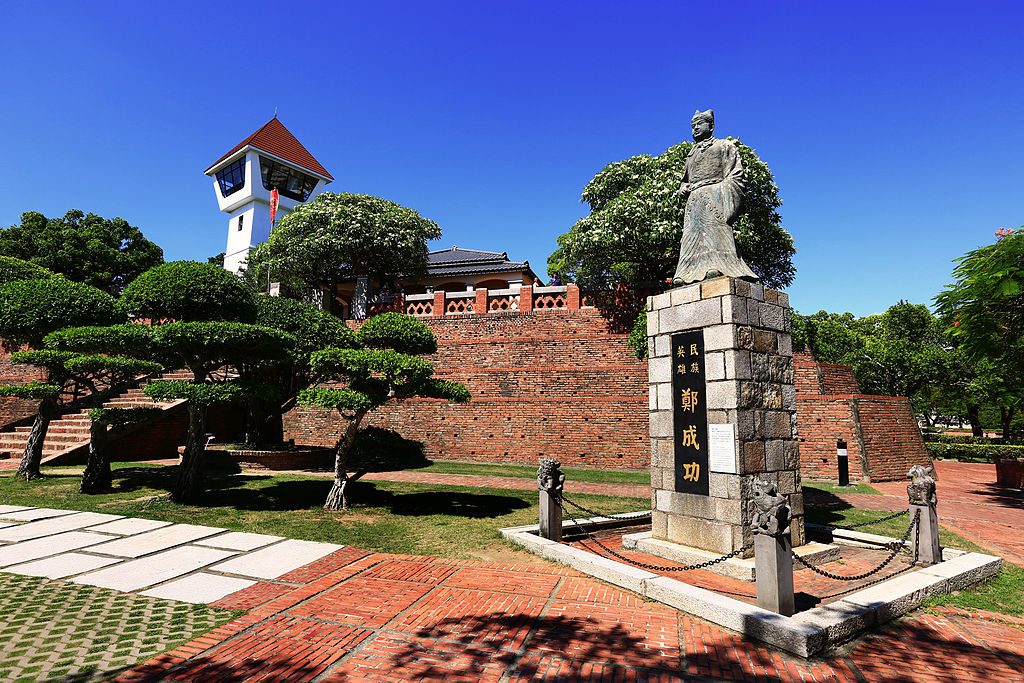 Built in the 1600s by the Dutch East India Company, this former Dutch stronghold was a place of import during their rule over the western part of the island in the 17thcentury. The fort is now restored to its former glory and is one of Tainan’s most popular attractions.