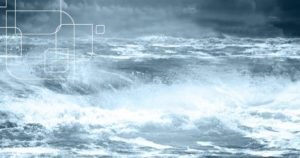 Miracles of the Qur’an : The Drowning of Pharaoh

In the time of prophet Moses Pharaoh was a dominant force, who refused to believe in the Oneness of Allah.

He was haughty and arrogant and spent his life threatening the life of the
prophet. Even when Moses warned him he would be drowned, he still refused to believe. Only when faced with certain death did he proclaim he believed in Allah;

“We took the Children of Israel across the sea, and Pharaoh and his soldiers pursued them in tyranny and enmity until, when drowning overtook him, he said: ‘I believe that there is no deity except that in whom the Children of Israel believe and I am of the Muslims.’ ” (Qur’an 10: 90) “Allah responded; ‘Now? And you disobeyed [Him] before and were of the corrupters? So today We will save you in body that you may be to those who succeed you a sign. And indeed, many among the people, of Our signs, are heedless.’ ” (Qur’an 10: 91-92)

Even when Moses warned him he would be drowned, he still refused to believe.