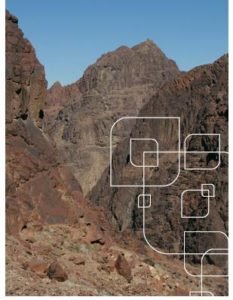 Prophet Moses was a major prophet and a leader who freed the Children of Israel from the oppression of Pharaoh; he is not only referred to in Judaism and Christianity but also in Islam.

In the Qur’an, it is mentioned that Moses was chosen above other men with the mission Allah had entrusted to him.

Prophet Moses is the most frequently mentioned of all prophets in the Qur’an; 136 times in thirty-four chapters and he is included in the authenticated sayings of prophet Muhammad.

In the Qur’an, it is mentioned that Moses was chosen above other men with the mission Allah had entrusted to him. The words that Allah had spoken to him (Qur’an 7: 143), the fact that he was covered with the garment of love from Allah, as well as being reared under Allah’s eye (Qur’an 20: 39), all indicate the preparation of Moses for Allah’s service (Qur’an 20: 41).

In the Qur’an, Moses is depicted as a prophet who gives glad idings about the coming of prophet Muhammad; the Qur’an also tells us that the coming of an illiterate prophet was mentioned in the Torah and Gospel (Qur’an 7: 157).

In Islamic tradition Moses is called ‘Kalamullah’, whom the Lord spoke to, because Allah spoke to him and revealed His verses to him directly.