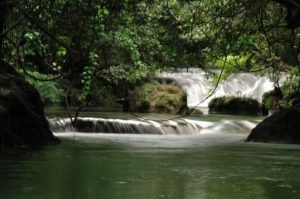 The prohibition on polluting water sources, roads and other areas of the common environment are some of the Islamic directives that aim to keep the environment healthy and pollution free.

Islam makes the protection of the environment and censure of its corruption a duty of every citizen in a righteous society. “Why were there not among the generations before you some upright men preaching against corruption on earth?” (Qur’an 11: 116)

“Let no one urinate in stagnant water.” (Bukhari)

“Avoid the three actions that bring people’s curses, defecating in water sources, on roads, and in the shade.” (Abu Dawood)

Imam Ibn Hazm says in his book Al-Muhalla: “Charity to animals is benevolence and piety, and when a man does not help with animal welfare, he is promoting sin and aggression and disobeying God the Almighty.”

To keep an animal far from food and water, and to neglect the irrigation of fruit trees and plants until they perish is, according to God’s own words, corruption on earth and destruction of plants and progeny.

“A prostitute was forgiven by God because, passing by a panting dog near a well and seeing that the dog was about to die of thirst, she took off her shoe, and tying it with her head-cover she drew out some water for it. So, God forgave her because of that good deed.” (Bukhari)

The prophet cursed one who kills a living creature as a mere sport [as in hunting]. (Muslim)

The prophet prohibited the setting of animals so as to fight one another as a sport. (At-Tirmidhi)