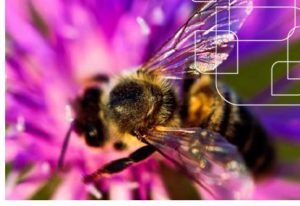 Allah created the Earth as we know it in perfection, from the design of the cell that makes up all living matter to the order in which the laws of nature function.

The Qur’an describes in varying levels of details many biological wonders, again many of them discussed, taught, and a cause for enlightenment to the rest of the world.

The invention of the microscope advanced the development of science, and it is modern scientific study that discovered that a large percentage of living cells are made up of water. This fact was known to Muslims many hundreds of years previously, and when mentioned in the Qur’an it is followed by a request to ponder about the Creator of mankind.

In one example when the Qur’an discusses the Honey Bee, the worker producing the honey, cleaning and defending the hive, looking after the young, feeding the queen and building the honeycomb, the word used is
in its female form. This may not seem significant, yet it was the focus of years of scholarly work.

Jan Swammerdam in the 1600s was writing about “King” bees having an ovary, while Richard Remnant in 1637 wrote that all worker bees were in fact female.

Over 1000 years earlier this was common knowledge for Muslims.

Other aspects that are discussed are the healing properties of honey, something that is widely accepted today.

“And your Lord inspired to the bee, ‘Take for yourself among the mountains, houses, and among the trees and [in] that which they construct.Then eat from all the fruits and follow the ways of your Lord laid down [for you].’ There emerges from their bellies a drink, varying in colours, in which there is healing for people. Indeed in that is a sign for a people who give thought.” (Qur’an 16: 68-69)