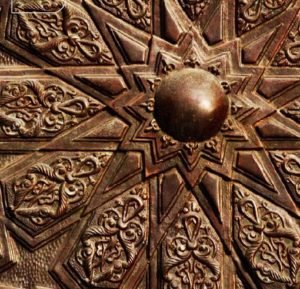 They provide the outward steadiness and constancy to a person’s faith and hold Muslims together as a brotherhood. The first pillar is the Declaration of Faith (Shahadah), the second, Prayer (Salah), the third, Obligatory Charity (Zakah), the fourth Fasting (Sawm) and the fifth, Pilgrimage (Hajj).

The Declaration of Faith ‘Shahadah’

This is the most significant pillar of belief; declaring outwardly, “There is none worthy of worship except Allah and Muhammad is the final messenger of Allah.”

The is the agreement between you and Allah, confirming that you accept the belief in one God (Allah), and that Muhammad was sent as His
final messenger and prophet. The result of this makes you part of the Muslim community, which is there to help and support you in achieving your goals and understanding your purpose in life.

This is the agreement between you and Allah…

The relationship between a Muslim and Allah is very important, and is made more unique by praying directly to Him, without any intercessor. 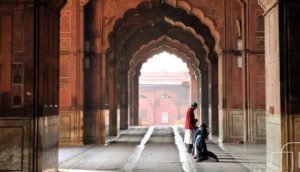 We are commanded to pray five times a day, increasing us in the remembrance of Allah, keeping us on the path of good, and wiping away the sins.

“And establish prayer and give zakah, and whatever good you put forward for yourselves – you will find it with Allah. Indeed Allah, of what you do, is seeing.” (Qur’an 2: 110)

As well as looking after one’s own self, Allah tells us to look after people less fortunate than ourselves.

The word zakah comes from the meanings “purification” and “growth”. A believer helps another by giving a portion of his wealth to the less fortunate once a year. This is most commonly calculated at just 2.5% of an individual’s wealth. It is given to, amongst others, the poor, the needy,

and the stranded traveller. It differs from ordinary charity in that it is not optional. In Islam wealth belongs to Allah, and is held by people in trust, so they should use it to the benefit of society.

“And they were not commanded except to worship Allah, (being) sincere to Him in religion, inclining to truth, and to establish prayer and to give zakah. And that is the correct religion.” (Qur’an 98: 5)

It is given to amongst others the poor, the needy, and the stranded traveller.

Every year in the month of Ramadan (the ninth month of the lunar year), all Muslims fast from dawn until sundown, abstaining from food, drink, and marital relations with the explicit intention of doing so for the sake of Allah.

…we learn that we are not the slaves of our habits but “The month of Ramadan [is that] in which was the servants of Allah.

“The month of Ramadan [is that] in which was revealed the Qur’an, a guidance for the people and clear proofs of guidance and criterion. So whoever sights [the new moon of] the month, let him fast it; and whoever is ill or on a journey – then an equal number of other days. Allah
intends for you ease and does not intend for you hardship and [wants] for you to complete the period [of fasting] and to glorify Allah for that [to] which He has guided you, and perhaps you will be grateful.” (Qur’an 2: 185)

Allah commands us to fast in order to seek His pleasure, and in doing so we raise our levels of spirituality trying to get closer to Allah. By changing our habits and daily routines in accordance to divine orders, we learn that we are not the slaves of our habits but the servants of Allah. By cutting oneself off voluntarily from worldly comforts, even for a short time, a fasting person also gains true sympathy with those who go without food and water on a regular basis.

If the conditions of Hajj are met, such as having enough wealth, Allah has made the pilgrimage to Makkah obligatory, once in a person’s life. The rituals of Hajj date back to the time of prophet Abraham and commemorate some of the trials he and his family faced in Makkah. It is also a journey to the Ka’bah; the symbolic building whose location was originally chosen by prophet Adam. 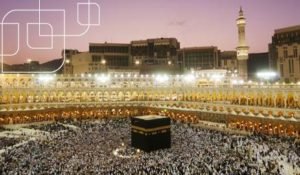 The Hajj is a time when Muslims from all around the world of different races, colours and languages come together in a spirit of universal brotherhood to worship Allah. The men wear two unsewn pieces of cloth, making them one people without any class or distinction. The rich, the poor, the black and the white stand side by side, equal in the eyes of Allah apart from their deeds.

The celebrations of the Hajj and the Eid Al-Adha are a remembrance for those who are needy, and a day of worship to Allah. The meat of the sacrifice is distributed to the needy, and extra prayers are offered.

“Hajj is [during] well-known months, so whoever has made hajj obligatory upon himself therein [by entering the state of ihram], there is [to be for him] no sexual relations and no disobedience and no disputing during hajj. And whatever good you do – Allah knows it. And take provisions, but indeed, the best provision is fear of Allah. And fear Me, O you of understanding.” (Qur’an 2: 197)