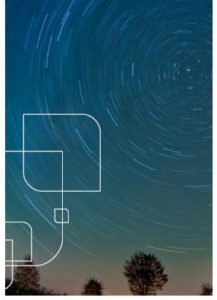 Understanding Islam : The Oneness of Allah

The very foundation of Islam is the belief in this one God. Allah was not born and will never die for it is a direct contradiction that the Creator of all must have been created himself.

Allah does not look like anything our minds, sights and thoughts can imagine as explained to us in the following chapter of the Qur’an:

It does not make rational sense to bow down and prostrate to something that man has created with his own hands. From the beginning of time, the worst of sins was that of associating partners with Allah; by making idols to worship, and saying a created thing was Allah, or a child of Allah or an intermediary to Allah.

“Indeed, Allah does not forgive association with Him, but He forgives what is less than that for whom He wills. And he who associates others with Allah has certainly fabricated a tremendous sin.” (Qur’an 4: 48)

Allah does not look like anything our minds, sights or thoughts can imagine…

Fundamental to the belief of Islam is that Allah has no sons or intermediaries. He sent prophets only to guide humanity, and they themselves were only men. Allah guides us to pray to Him directly, without the need for hierarchy in the religion. Praying to anyone else, for example a priest or a saint, to ask for help or support, is alien in Islam. Instead, prayer and supplication is a very personal thing between a believer and his Lord, Allah.

To worship something that one has created with his own hands or to worship a fellow human being can never bring peace to the soul, yet the need to worship or revere is deep within every human.

In Islam we choose to worship one God, Allah and in His wisdom He has chosen to inform us of some of His names and attributes, so that we may understand Him better. Here are some examples of some of His attributes:

Allah is the Creator of all, the Sustainer of all that He has created, the All-Hearing, All-Seeing and All-Knowing. His knowledge is all perfect, including that which is in the past, the present and the future, whether a secret or not; He is the Most Gracious, Most Merciful and Most
Beneficent. He is the Self Existing One and the Ever Living One, He never needs sleep or takes any rest. He has no partners, sons or parents and all worship must be directed to Him alone.

He is the Shaper of Beauty, the Creator of Good and He is the Light and the Guide.

“He is Allah, other than whom there is no deity, the Sovereign, the Pure, the Perfection, the Bestower of Faith, the Overseer, the Exalted in Might, the Compeller, the Superior. Exalted is Allah above whatever they associate with Him. He is Allah, the Creator, the Inventor, the Fashioner; to Him belong the best names. Whatever is in the heavens and earth is exalting Him. And He is the Exalted in Might, the Wise.” (Qur’an 59: 23-24)

”Say: ‘Come I will recite what your Lord has prohibited to you. [He commands] that you not associate anything with Him, and to parents, good treatment, and do not kill your children out of poverty; We will provide for you and them…’” (Qur’an 6: 151)

”But indeed, I am the Perpetual Forgiver of whoever repents and believes, and does righteousness and then continues in guidance.” (Qur’an 20, 82)

”Allah – there is no deity except Him, the Ever-Living, the Sustainer of existence.” (Qur’an 3, 2)