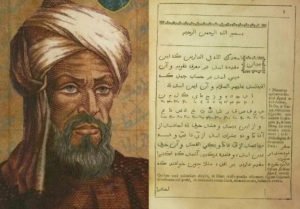 You would be surprised to learn that the Islamic Empire took less than 100 years to build, essentially the shortest such emergence in recorded history. After the establishment, the progress within the civilisation was astounding. It continued to lead the world of science for nearly 1000 years.

We need to ask questions of what the main inspiring force behing the lightening speed of the rise of the Islamic civilisation was, and why it continued to grow and expand for at least five centuries.

Before Islam, the Arabian Peninsula was not at the forte of development, rather it was steeped in tradition. After the revelation of the Qur’an, we found the message of Islam constantly urging humankind to think, learn, observe, and explore the bounties created by God for human use in their role as trustees on earth.

“Say: Are those who know equal to those who do not know? Only they will remember (who are) people of understanding.” [Qur’an 39:9]

For several centuries, the language of the Qur’an (Arabic) was the international vehicle for scientific research and advancement as English is today. Europeans who wanted to study physics, chemistry, mathematics, astronomy or medicine had to flock to Muslim universities, especially in Muslim Spain.

This enthusiasm for learning could only be matched by the attitude of tolerance that recognised and encouraged scholars regardless of their religion.