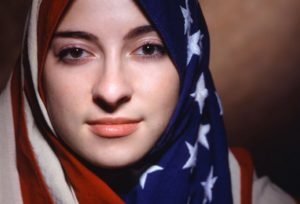 The Qur’an spoke of the different roles women play in life. It, for the first time in history, established women’s rights to inheritance, respect, and dignity.

The Qur’an spoke of women’s role in supporting the truth, in giving birth to prophets and in suffering.

The Qur’an has also spoken about the agony of women at the different walks of life and through history. Below are only very few excerpts that show to what extent such rights have been recognized in Islam.

The Qur’an introduces the Pharaoh’s wife as an example for the faithful person who accepted all types of suffering for the sake of Allah.

And Allah has set forth an example for those who believe: the wife of Firaun (Pharaoh), when she said:

The Qur’an narrated in detail the story of Mary and her miraculous birth of Jesus Christ and how she responded to her people’s (the Jews) accusation of being unchaste. In deed, a whole chapter of the Qur’an is named after her. Another long chapter of the Qur’an is titled ’The Women’, An-Nisaa. The Qur’an has talked about the role of women in repentance and accepting the truth. For example the repentance of al-Aziz’s wife regarding her accusation of Prophet Joseph. (Yusuf: 51-53).The Queen of Sheba’s acceptance of Prophet Solomon’s (SAAW) invitation to Islam was also mentioned in details in the chapter of An-Naml: 44.

Mary was accorded great respect in the Qur’an. In fact, a whole chapter was devoted to her fascinating story in contrast to the blasphemous accusations mentioned in the Talmud about her and her son,57 Prophet Jesus peace and blessings of Allah be upon him.

(Remember) when the wife of Imran said: “O my Lord! I have vowed to You what (the child that) is in my womb to be dedicated for Your service (free from all worldy work; to serve Your Place of worship), so accept this from me. Verily, You are the All-Hearer, the All-Knowing.”

Then when she gave birth to her [child Maryam(Mary)], she said: “O my Lord! I have given birth to a female child,”– and Allah knew better what she brought forth,–“And the male is not like the female, and I have named her Maryam(Mary), and I seek refuge with You (Allah) for her and for her offspring from Shaitan(Satan), the outcast.”

So her Lord (Allah) accepted her with goodly acceptance. He made her grow in a good manner and put her under the care of Zakariya (Zachariya). Each time he entered Al-Mihrab to(visit) her, he found her supplied with sustenance. He said:

“O Maryam (Mary)! From where have you got this?” She said, “This is from Allah.” Verily, Allah provides sustenance to whom He wills, without limit.

The Qur’an recognizes both men and women as spiritually equal in terms of their responsibilities towards their actions and their reward in the hereafter.

And whoever does righteous good deeds male or female, and is a (true) believer {in the oneness of Allah (Muslim)}, such will enter Paradise and not the least injustice, even to the size of a speck on the back of a date-stone, will be done to them.

On the Day you shall see the believing men and the believing women: their light running forward before them and by their right hands. Glad tidings for you this Day! Gardens under which rivers flow (Paradise), to dwell therein forever! Truly, this is the great success!

And among His signs is this that He created for you wives from among yourselves, that you may find repose in them, and He has put between you affection and mercy. Verily, in that are indeed signs for a people who reflect.