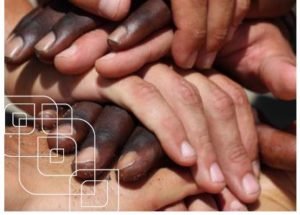 Islam gave to mankind an ideal code of human rights 14 centuries ago. These rights aim to confer honour and dignity upon mankind and eliminate exploitation, oppression and injustice.

These were summarised in the Final Sermon of prophet Muhammad, considered the first human rights declaration. These rights exist for all communities, whether Muslim or not, the male and the female, those living in peace or in war; their rights are guaranteed by Allah.

Human rights in Islam are firmly rooted in the belief that Allah, and Allah alone, is the Law Giver and the source of all human rights.

Due to their divine origin, no ruler, government, assembly or authority can curtail or violate in any way the human rights conferred by Allah, nor can they be surrendered.

These rights are also evident when it comes to non-Muslims living in Muslim society. The prophet Muhammad used to visit the sick people in Madinah, Jews as well as Muslims. Hospitals admitted and treated people irrelevant of their religion or social status. At the governmental level, Christians and Jews reached prominent positions of authority. When a Jewish funeral procession passed by the Prophet, he stood up as a sign of respect. Christians and Jews were admitted to Muslim schools, colleges and universities and some were given boarding at the expense of the State. During the Spanish Inquisition the Muslim World was a safe haven for the Jews, who like the Muslims were fleeing Spanish persecution, after
prospering and living in harmony in Muslim Spain for over 700 years.

Human rights in Islam are firmly rooted in the belief that Allah, and Allah alone is the Law Giver…