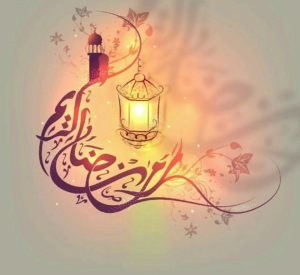 Do you need advice? Many times when we are experiencing difficulty people will tell us to recite the Qur’an or to find solace within the pages of the Qur’an.

The Favors of Allah

Surah Maryam begins with the story of one of our champions; Zakariyyah (alayhi salam). Allah SWT says:

“[This is] a mention of the mercy of your Lord to His servant Zakarriyah.” (Surah Maryam 19: 2)

When reading this verse, a question comes to mind; was it only Zakariyyah (alayhi salam) who received Allah’s mercy and blessings, or am I a recipient of Allah’s mercy too? In the midst of our life problems and trials, we zoom in on the problems and complaints so much that we forget the bigger picture of Allah’s favours and mercy. We fail to realize how submerged we are in the blessings of Allah. It wasn’t only Zakariyyah who received Allah’s mercy, we receive it too.

“When he called his Lord (with) a call in secret. He said: “My Lord! Indeed my bones have grown feeble, and my head has filled with grey hair, and I have never been unblessed in my invocation to You, O my Lord! And verily, I fear the successors after me, and my wife is barren. So give me from Yourself an heir. Who shall inherit me, and inherit (also) the posterity of Ya`qub. And make him, my Lord, one with whom You are well-pleased!” (Surah Maryam 19:3-6).

Look closely at the words of Zakariyyah (alayhi salam). He mentioned his old age and the condition of his wife and yet he was not despaired. He had conviction in the power and ability of Allah to fulfill his prayer. He was not despaired of his situation and rather had full belief that Allah would answer his call. This is what we must learn from him; patience and conviction in duas!

Often when we are not granted what we ask for, we stop praying for it. However, we must keep praying and have certainty in Allah. Prophet Muhammad (PBUH) said: “The supplication of every one of you is granted if he does not grow impatient and says: I supplicated but it was not granted.” (Muslim)

Even if you don’t see your duas being accepted right away, have faith! Your supplications are not going in vain. Prophet Muhammad (PBUH) has told us: “There is no Muslim who does not offer any dua in which there is no sin or severing of family ties but Allah will give him one of three things in return: either He will answer his dua sooner, or he will store it up for him in the Hereafter, or He will divert an equivalent evil away from him because of it.”

Nothing is difficult for Allah

(He was told) “O Zakariyyah! Verily, We give you the glad tidings of a son, His name will be Yahya (John). We have given that name to none before (him).” He said: “My Lord! How can I have a son, when my wife is barren, and I have reached extreme old age? [An angel] said, “Thus [it will be]; your Lord says, ‘It is easy for Me, for I created you before, while you were nothing.’ “[Zakariyyah] said: “My Lord! Appoint for me a sign.” He said: “Your sign is that you shall not speak unto mankind for three nights, though having no bodily defect.” (Surah Maryam, 19:7-10)

When Zakariyyah (alayhi salam) was given the tidings, he was amazed. Although he was the one who had prayed for it, he couldn’t believe it and he couldn’t understand how this would happen. But Allah (swt) told him that this was easy for Him. He reminded Zakariyyah of how He had created him from nothing.

Allah is the Creator and He is not dependent on any means like us humans. He is the Creator and provider of all means. So, whether you are suffering from a chronic disease or whether you are stuck in a situation with no door for escape, do not fret! Simply turn to Allah with full conviction. Make dua to Allah for He can turn the impossible into possible. It may be difficult for us to comprehend how something would happen, but it is not difficult for Him. He can create doors which were previously invisible. He can make a way out when there is none in our sight. The only thing we need to do is pray with complete certainty!

Zakariyyah (alayhi salam) was aware of the power and might of Allah. We need to realize the same. The One who is able to sprout a lifeless seed into a plant full of colors and flavors, the One who can spring water from solid rocks, the One who turns a dark night into a pleasant day, can He not answer our seemingly impossible prayers? Whenever a gleam of despair tries to steal into your heart, remember you have a Rabb who says: It is easy for Me!

What to do when your prayer is answered

“Then he came out to his people from Al-Mihrab (a praying place or a private room, etc.), he told them by signs to glorify Allah’s Praises in the morning and in the afternoon.” (Surah Maryam, 19:11)

“Your sign is that you will not [be able to] speak to the people for three days except by gesture. And remember your Lord much and exalt [Him with praise] in the evening and the morning.” (Surah Ali-Imran, 3:41)

This was a reminder for Zakariyyah (alayhi salam) to glorify Allah and be grateful to Him for the blessings that He had bestowed upon him. Zakariyyah gestured the same to his people. In response to the fulfillment of his supplication, Zakariyyah (alayhi salam) increased in the glorification and praise of Allah. Not only did he engage in it himself, he instructed his people to do the same and he is giving us the same message, when you receive a blessing of Allah and when a prayer is answered, do not forget Allah and turn away from Him.

Generally, when we receive something that we have wanted and prayed for, we become so overjoyed that we forget the Benefactor. We start attributing the blessing to our own wisdom, strength, capabilities and hard work, forgetting that we cannot gain anything with our capabilities unless Allah wills it. #learnquran