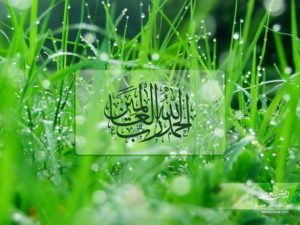 10. Those who disbelieve will be addressed (at the time of entering the Fire): “Allah’s aversion was greater towards you (in the worldly life when you used to reject the Faith) than your aversion towards one another (now in the Fire of Hell, as you are now enemies to one another), when you were called to the Faith but you used to refuse.” [Quran 40: 10]

52. And thus We have revealed to you an inspiration of Our command. You did not know what is the Book or [what is] faith, but We have made it a light by which We guide whom We will of Our servants. And indeed, [O Muhammad], you guide to a straight path. [Quran 42: 52]

91. And when it is said to them, “Believe in what Allah has sent down,” they say, “We believe in what was sent down to us.” And they disbelieve in that which came after it, while it is the truth confirming what is with them. [Quran 2: 91]

103. And if they had believed, and guarded themselves from evil and kept their duty to Allah, far better would have been the reward from their Lord, if they but knew! [Quran 2: 103]

137. So if they believe in the like of that which you believe, then they are rightly guided; but if they turn away, then they are only in opposition. So Allah will suffice you against them. And He is the All-Hearer, the All-Knower. [Quran 2: 137]

152. And those who believe in Allah and His Messengers and make no distinction between any of them, We shall give them their rewards; and Allah is Ever Oft-Forgiving, Most Merciful. [Quran 4: 152]

175. So, as for those who believed in Allah and held fast to Him, He will admit them to His Mercy and Grace and guide them to Himself by the Straight Path. [Quran 4: 175]

7. Believe in Allah and His Messenger, and spend of that whereof He has made you trustees. And such of you as believe and spend (in Allah’s Way) – theirs will be a great reward. [Quran 57: 7]

19. And those who believe in Allah and His Messengers – they are the great faithed ones, and the martyrs with their Lord, they shall have their reward and their light. But those who disbelieve and deny Our signs – they shall be the dwellers of the blazing Fire. [Quran 57: 19]

285. The Messenger believes in what has been sent down to him from his Lord, and (so do) the believers. Each one believes in Allah, His Angels, His Books, and His Messengers. (They say), “We make no distinction between one another of His Messengers” – and they say, “We hear, and we obey. (We seek) Your Forgiveness, our Lord, and to You is the return (of all).” [Quran 2: 285]

Allah, His Angels, His Books, His Messengers, and the Last Day, then indeed he has strayed far away. [Quran 4: 136]