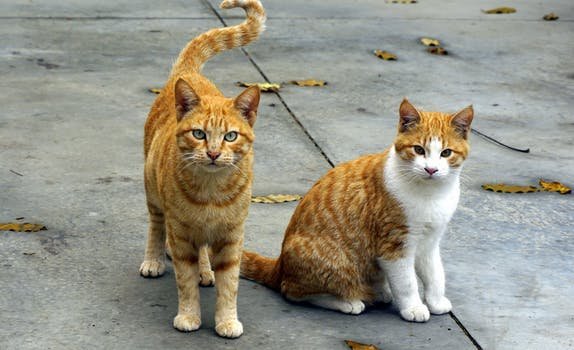 All pet animals must be well fed, decently cared for and kindly treated. God’s Messenger (pbuh) is reported to have said,

“A woman was made to enter the Hell-fire because of a cat which she locked up until it died. The woman did not feed the cat, nor did she offer it water to drink, nor did she permit it to

Islam commands us to kill dangerous and harmful animals and/or insects in order to protect humans.

“God curses a person who burns an animal for marking and tattooing” [Bukhari, Hadith no. 2236 and Muslim, Hadith no. 2110]

Islam prohibits people to use an animal as a live target. It is reported that Ibn Omar passed by a group of young-men who used a bird as an aiming target. Ibn Omar asked about the person who did so and then commented, “God curses the person who does so.” [Bukhari, Hadith no. 5196 and Muslim, Hadith no. 1958]

Islam condemns people who mutilate animals after killing them.

Islam condemns people who mutilate animals after killing them [Bukhari, Hadith no. 5196]

Islam also forbids abusing or harming animals as mentioned in the Hadith reported by Ibn Mas’ood: ‘We were traveling in the company of God’s Messenger (pbuh). He (pbuh) went away to answer the call of nature. While he was away, we saw a female bird along with its two little babies.

We took the little birds so the mother bird started flying over us. When God’s Messenger (pbuh) returned back, he noticed what we had done. He (pbuh) asked,

“Who has agitated this (bird) by taking its babies? Immediately return its babies to it!” And he saw a colony of ants we had burnt so he said: “Who burnt these? We said: We did. He said: “Verily nobody should torment with the fire except the Lord of the Fire”. [Abu Dawood, Hadith no. 5268]

Islam, furthermore, commands mercy while slaughtering animals for eating. It is not allowed to sharpen the knife in front of the animal to be slaughtered or in the presence of other animals. Nor is it permitted to kill them by breaking their necks, striking them or electrocuting, or to start skinning them before they are completely dead. The Prophet (pbuh) said:

“Verily God ordains that you be kind to everything. So if you kill, kill in a good manner, and if you slaughter, slaughter in a good manner. So sharpen your knife to make the slaughtering process easy and fast.” [Muslim, Hadith no. 1955]

At the same time Islam commands us to kill dangerous and harmful animals and/or insects in order to protect humans from the harm of the animals because man’s life is sacred in the Sight of God as God has made him the most honorable creature on the earth. Therefore, if the animals’ rights are important in the Sight of God, the rights of the human beings are more so!

Almighty God states in the Qur’an:

(We have honored the sons of Adam; provided them with transport on land and sea; given them for sustenance things good and pure; and preferred them over much of what We have created, with [definite] preference.) [17:70]

Not only is this kind and just treatment ordered to protect the animals from any cruelty, but it also expiates the sins of a Muslim and becomes a reason for him being admitted into Jannah (Heavenly Gardens). God’s Messenger (pbuh) is reported to have said:

“While a man was on his way, he suffered from tremendous thirst. So he found a well and descended down the well, drank his fill and came back up. At the top of the well he saw a dog panting and licking the dirt out of severe thirst.

The man thought to himself, ‘this dog must be suffering from the same thirst I suffered from. So he descended down the well again, filled his shoe with water and holding the shoe with his mouth climbed back up and had the dog drink the water. God, the Exalted, praised him and accepted his deed (for this act of mercy) and forgave him his sins.” They asked: O Messenger of God! Are we rewarded for what we do for animals?’ He (pbuh) replied:

“Yes, indeed. In kindness to every living soul there is reward.” [Bukhari, Hadith no. 5663]